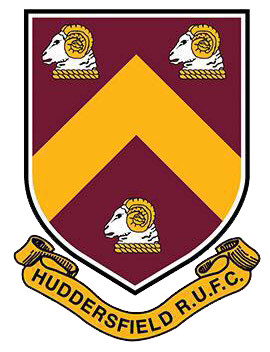 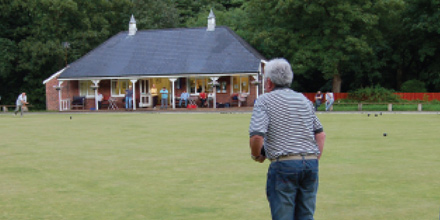 Bentley and Shaw Ltd built the Bowling Green at Lockwood Park in the early 1920’s, the pavilion was added a little later, and a Sports Club for Brewery employees was formed.  Post-war the green was used at different times by the Licensed Victuallers Association and Gledhill Sports for competitive bowling and hosted many top Huddersfield, Inter-district and County events.  It was not used after 1990.

Huddersfield RUFC Bowling Club was formed in 1997 when the Rugby Club relocated to its new home at Lockwood Park.

The fine facilities and green which we now enjoy are due to the efforts of the founder members and committee in those early years to restore the facilities.

In the first season, 1998, we entered teams in the Elland League and Works League.   Most of the players were learners and we did well not to come bottom in either competition.  By 1999 we had six teams bowling competitively, including a Ladies’ team for the first time.  Results were much better – the new players improved rapidly and a few experienced bowlers had joined us.

The Club currently runs 10 Men’s, Ladies and Mixed teams playing in leagues across the Huddersfield and Halifax areas.

New members of all abilities are always welcome – please contact either the Chairman or Secretary for more details or download the membership form here.

The Green is now closed for its period of winter maintenance and will remain so until we receive further guidance from BCGBA regarding the safe resumption of bowling activities.

It is with great sadness that we announce the passing of Ken Hoyle, who died peacefully in HRI on 13 January 2021. Ken was a longstanding member of the Bowling... Read More